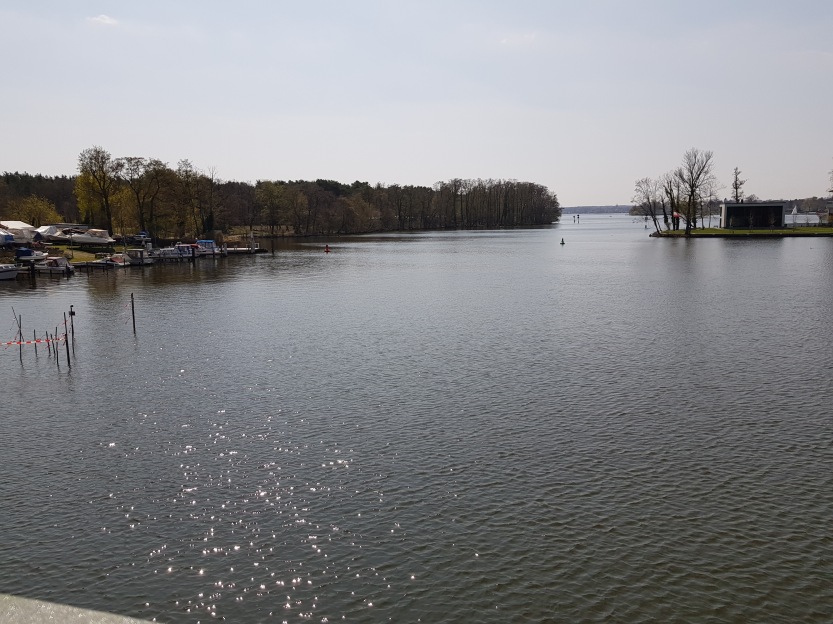 Since traveling is obviously still a bit of a difficulty, I had to make do with a little getaway within my own city’s limits. I have actually decided to make those little exploring trips every once and a while now and play tourist in Berlin. While I had been to Berlin many times before moving here and have been living here for 10 years now, I still have a lot to discover. Roaming the city and getting lost (without ACTUALLY getting lost, iykwim) is something I definitely enjoy.

Following a bunch of Berlin related accounts on instagram is definitely helpful here, as I find some inspiration there where to go to, what to do and all that. And inspiration can be a really good tool to get something done and find some serenity when the travel options and such are limited.

On Wednesday, I made my merry way across the city. And I mean across the city, for I traveled from my end of Berlin to the other: from Staaken at the western rim to Grünau in the very south-eastern end, and located in the district of Treptow-Köpenick. A nice little day trip, if you want to call it that. Grünau is home of a regatta course which hosted the rowing and canoeing competitions during the 1936 Olympic Games, and while the course is no longer standard for international competitions, I spotted plenty of rowing clubs there which are still active.

Due to the distance, getting there of course took a while, but I was rewarded with an utterly beautiful area where I was dwelling for some time as well. Not only is there some water nearby, but you also get the feeling of arriving in an entirely different world, and at some point, I couldn’t help wonder, “Is this REALLY still good ole Berlin?” A bit of a small town within the Big City, if you wanna call it that. But also rather upscale in certain aspects.

Wandering around there, I also let my mind wander. Camera and phone in hand, obviously, because the area there is picturesque, and y’all know by now that I love taking photos. I was absolutely amazed while exploring a new (for me) area of our capital city.

At some point, I sat down in a beautiful, quiet place at the river banks, watched ducks, sailboats, and the water and completely immersed in nature. Birdsong. An occasional dog walking by. Fresh air. I was AT. PEACE. The effect water has on me … even if it wasn’t my usual Happy!Place at the beach.

But still … look at this!

A therapy session without an actual therapist aside from Mother Nature. My mind was at ease, and so was I. Something that was clearly needed in times like these. A bit of a remedy.

Since the weather was so lovely and I had all the time in the world, I also went on some kind of hike from this spot to almost back to the S-Bahn station in Grünau. Not sure what possessed me in that moment, though … 😉 Nope, I am not the biggest fan of hiking whatsoever, I am terribly out of shape, and that was a bit of a distance! I was sore the next day, yes, but better sore than sorry!

However, that day, it just felt like I had to. I had to be on my own. Taking in the scenery. Fresh air. Sun. All that. At some point, I met an elderly lady whom I had a lovely and nice conversation with. Just chatting about random things, life, the Universe and everything …or something. I was in no hurry. I happily stopped by and talked to her, because she was so friendly and lovely to talk to. She liked the fact that I had come from the other end of Berlin down to Grünau just to have a little time out. 🙂

After we parted ways, I continued my little walk, and almost made it back to the S-Bahn on foot, but the last mile or some proved to be a bit TOO much, so I simply took the tram there (one stop only, though).

On the way home, I realized that I was actually proud of myself. For having pulled that one off. Studying the public transport map in advance was essentially all the preparation I needed. The rest was simply roaming about. Taking in as much as possible. Calming down. Being at ease.

It was JUST what my troubled mind and soul needed that day. A little vacation from myself. From the current state of the world. From my own four walls and well known surroundings. If I cannot travel to the Baltic Sea, then I’ll do the next best thing and that is soothing my soul somewhere within my city.

Finding a remedy has become something more and more essential. And for everyone, these remedies are different, just like all of us ARE different. For some, it’s watching the same TV show or a beloved movie for the umpteenth time. For others, it’s getting lost in a good book. Starting a new hobby or re-discovering one. Listening to your favorite band/s for days on end. For me, it was that little exploring tour in a different part of Berlin where I hadn’t been to before.

Whatever it is, whatever the remedy you feel is yours – embrace it. Enjoy it.

—
remedy: a successful way of curing an illness or dealing with a problem or difficulty (source)